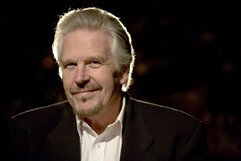 DK Stewart has been the guiding force behind several NW Bands and artists that have gone on to national acclaim. Choosing to stay in the northwest to enjoy the life of a native Oregonian, DK now enjoys working with his own band at his own leisure. Tributes to his favorite styles of music; New Orleans, Chicago blues, East coast swing and rockin' boogie woogie can be heard in all of the original music produced by this thrilling band. D K Stewart was given an early opportunity to develop his own piano style. The result of his departure from traditional classical piano lessons at age 14 was his discovery of Jazz, Rhythm and Blues. This unusual pursuit at such a young age afforded D.K. the opportunity to meet and perform with a multitude of living blues legends; Big Walter Horton & S.P. Leary, Hubert Sumlin & Sunnyland Slim, Buddy Guy & Junior Wells, James Cotton, Willie Dixon & the All Stars, Albert Collins, Sunnyland Slim, Sonny Terry & Browny Magee, Junior Walker, Clifton Chenier, Ray Charles, Paul Butterfield, George "Harmonica" Smith and BB King. All these influences before he was 28. Stewart began his stage career by writing and performing with the "Nighthawks Band" out of Eugene, Oregon. This was the group that inspired the creation of John Belushi's "Blues Brothers", and later became the hardy force of road warriors that introduced Robert Cray to the west coast during the late 70's. DK went on to rejoin Curtis Salgado in the early 2000�s for two more records. Producing and performing with NW giants Lloyd Jones, Robert Cray, Jim Mesi, and Paul deLay, Stewart inevitably put his stage expertise to work for himself in 1985 by creating the "D.K. Stewart Trio". This effort produced his first solo project "The Sun Valley Sessions"(CR33-07), released in 1988, followed by "No Excuse for the Blues" (CR33-16), released in 1992. This last release of his third solo project "Don't Call Home" (CR-CD010) and induction into the "Muddy Hall Of Fame" by the Cascade Blues Association, has vaulted D.K. into the top echelon of the Northwest's finest performers Mr. Stewart now performs regularly throughout the Northwest. DK's vocal work is a fine tribute to Chicago-style blues singing mixed in with a little New Orleans soul. This mixture of spicy "Barrelhouse" piano and hard driving southern rhythms, always produces a performance that's hard to forget and easy to dance to. Dk Stewart has performed with such blues legends as Big Walter Horton, S.P. Leary, Hubert Sumlin, Sunnyland Slim, Buddy Guy and Junior Wells, James Cotton, Albert Collins, George "Harmonica" Smith, Joe Louis Walker, and Roomful of Blues, and has appeared on bills with Stevie Ray Vaughan, Junior Walker, Clifton Chenier, Ray Charles, Paul Butterfield, and BB King. Stewart�s keyboard virtuosity can be heard on recordings by Robert Cray, Paul deLay, Curtis Salgado, Lloyd Jones, and on his own three solo projects, including the band�s latest release, �IN THE HOUSE.� As a band leader, and as a featured sideman, Stewart has appeared at major blues venues throughout the US, including Portland�s Waterfront Blues Festival, the San Francisco Blues Festival, Seattle's Bumbershoot Festival, Winthrop Blues Festival, Mt. Baker Blues Festival, and the Legendary R&B Cruise.

This all-star Portland quartet (plus horns) infuses classic cuts, obscure nuggets and DK Stewart originals with a fresh take on the blues, New Orleans funk and R&B. Nothing you've ever heard before. Jazz you can dance to and blues you can feel in your chest. Blue-eyed soul with genre-specific and historically accurate presentations. Original charts that you'd swear were written in the 40's or 50's. And a "live" performance that sounds like the stereo in your living room with a dance floor full of people to share it with. Stewart, whose New Orleans, boogie-woogie piano style has been a driving force behind such Northwest blues giants as Robert Cray, Paul deLay and Curtis Salgado, has for the past several years been tearing up major festival stages with his own group, the DK Stewart Band. Backed by Joseph Conrad (recently of "Rhythm Culture") on 5 string fretted and fretless Fbass, and Ed Pierce on the drums, formally of Bill Rhoades and the Party Kings. Guitarist Peter Dammann's collaborations with D.K. Stewart stretch back more than a decade. You can hear his T-Bone Walker -inspired guitar solos on some of Stewart's earliest solo recordings. In addition to his work with Stewart, Peter was also manager and lead guitarist for the Paul deLay Band, before deLay's untimely death in 2007. He has performed on, and co-produced several of the band's five releases on the Evidence Music label.

The Soul Survivor Horns.. feature legendary London session man ..Chris Mercer.. on sax and arrangements and ..Joe McCarthy.. on trumpet. A journeyman musician, Mercer's worked with John Mayal's Bluesbreakers, Brian Ferry, Joe Cocker's Mad Dogs & Englishmen, Dr. John, Bob Marley and scores of other touring bands and studio sessions. His cohesive charts and melodic improvisational solos are legendary. Joe McCarthy brings those heady days in Eugene Oregon where DK's adventures with soul singer Curtis Salgado garnered international fame as the first touring version of the Robert Cray Band included Joe at many formative performances. With Sax man Barry Cline and the legendary Warren Rand, Joe has continued to make a contribution to the NW music scene over three or four decades of "live" performance and studio work. McCarthy has lent his fiery horn lines to countless Portland bands and recording sessions since the 70's but was a featured artist of note on the first few Paul deLay records that were released in the early 80's.